Chevelle Loeffler and his brother/drummer, Sam Loeffler, found that sound for NIRATIAS after initially recording a batch of "super heavy" songs, but then were challenged by producer Joe Barresi to try and "beat" them. The result was what became much of NIRATIAS, including the lead single "Self Destructor." [www.abcnewsradioonline.com]
The Witness by Adam Jones (of Tool) For the world premiere of the new Adam Jones Gibson Les Paul Custom, a special animated short film, The Witness, was created and scored by Adam and mixed by Joe Barresi, and also features Danny Carey on percussion and Justin Chancellor on bass. www.youtube.com The Dynamic Range Day Award
The 2020 Winner is:
Tool 'Fear Inoculum'
No surprise here - the buzz around this album was unmistakable, and there were so many un-prompted compliments about it's great sound - that's unheard-of, and tells you something just on it's own !
Recorded and mixed by Joe Barresi and expertly mastered by the legendary Bob Ludwig...
[www.dynamicrangeday.co.uk] Loudwire'sThe Best Albums of the Decade: 2010-2019 Joe Barresi worked on 4 of the TOP ROCK ALBUMS of the DECADE:
[www.loudwire.com]

He also worked on 3 of the TOP METAL ALBUMS of the DECADE:
[www.loudwire.com]
My First Gibson: Joe Barresi During a conversation with Gibson, renowned producer and engineer, Joe Barresi - known for his work with Tool, Alice in Chains, QOTSA, Kyuss, and many more - looked back on his first Gibson guitar... Explaining how he was drawn to Les Paul models from a very early age... www.ultimate-guitar.com 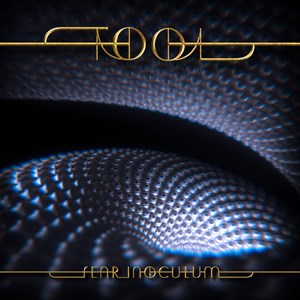 Tool 'Fear Inoculum' Three final shoutouts: Danny Carey's performance on this album is exquisite, I would like to make love to Adam Jones's guitar tone, and on the whole, this album sounds INCREDIBLE, so hats off to Joe Barresi for that. [www.metalsucks.net] The album's sound is massive. Tool has always been fairly dedicated to presenting themselves in a sort of verite manner - much of their music is just about the chemistry between the players, without much trickery. The same is true, here, but engineer Joe Barresi has done a fantastic job of making the band sound huge and clean, but with tons of atmosphere. The soundstage is remarkable, and the group sounds like they're playing right in front of your face. The decision to record to 2-inch analog tape surely didn't hurt, here. Truly, in an age where the importance of live performance has been buried beneath digital perfection, it's refreshing to hear a killer band playing music together in a room. [www.duluthnewstribune.com] Chevelle's Sam Loeffler on new album theme, tour and signature beer CC: For you to come out here, I take it that writing is done at this point, or do you still come up with stuff once you hit the studio?
SL: "Yeah, it's never done. Pete's always changing lyrics, melodies and Joe Barresi our producer, he'll say, 'No, this is great. Go ahead and do it' or then he'll say, 'I know you can write something better here.' He's really great about that. He can encourage you to get the best out of you. That's a big part of his job."

CC:The relationship has to be good with Joe, as you've worked with him over several records now. What makes him the guy?
SL: "Yeah, this is our fourth record. We do work really well together. But Joe is awesome because he doesn't give a shit about anybody or anything. All he cares about is that it's great music... He doesn't give a shit about who people are, and he's a totally nice, kind, great person to be around, he's fun, he's funny and he's crazy smart, but he just doesn't care. If it was bad music, you could offer him half a million dollars and he'd be like, 'I'm not doing that shit...' That attitude is amazing because we all shouldn't be doing things we don't want to do. Life is way too short." [www.loudwire.com] Pallbearer "The album was mixed with Joe Barresi and is doubtlessy the band's most virtuosic work to date."
[www.broadwayworld.com]
Show Us Your Junk! The folks at Earthquaker Devices go inside JHOC to learn more about some of Joe's favorite gear.

Pallbearer "The band did an impressive job producing the album themselves, recording on analog tape, but the secret star of the entire record is Joe Barresi, who mixes the album so cleanly that every single instrument can be heard across its entire dynamic range. This is a staggering achievement in a genre that has grown so hyperbolically loud, detuned and compressed that many new doom acts increasingly see a bassist as an unnecessary expense." [www.spectrumculture.com]
Make Your Mark with Joe Barresi Producer/engineer Joe Barresi discovered early on that making incredible records meant way more to him than earning the big bucks. Here's the story of how he was able to carve out a niche for himself by recording bands like Kyuss, Queens of the Stone Age, Bad Religion and more. Read an extended interview with Joe here: http://bit.ly/JoeBarresi Avenged Sevenfold Asked by Full Metal Jackie on how the boys managed to capture the live vibe on "The Stage," Shadows replied: "[By working with] a great producer. Joe Barresi brought a lot of new things to the table. And one thing that I had never done was to do full-song vocal takes, where you sing from the very first lyric all the way to the end of the song, and as your voice starts straining, and as it gets a little more tough on the vocals, you get that live feel." [www.ultimate-guitar.com] Suicide Silence "Joe Barresi mixed it, so that's fucking awesome. [He was] sick to work with..." [www.blabbermouth.net] Chevelle "[Joe Barresi's] a guitarist, as well as an engineer and producer. His guitar tones are stellar... Barresi has great ideas and we'll cut parts in half if they seem too long. Or he'll say, 'I don't believe this chorus is strong enough, can you work on something?' Things like that. He tries to do it in a nice way. So we do trust him a lot and it's worked out." [www.musicradar.com] Chevelle "Joe encouraged us to try different instruments and techniques and he pushed us to continually play everything until it was right too." [www.antimusic.com] Every Time I Die "[Joe] can make up sounds for any instrument out of anything at all. And he has that catalogued in his brain... He knows exactly what amp he has to go get and what levels it has to be at to get that sound he just invented. To see him do that, it was like an alchemy lab in there with a lot of different sounds. He was willing to try anything and everything. Which was great." [www.altpress.com] Apocalyptica "He is a really great producer. He came to Finland to record our cellos. I would say in the process it was the most fascinating album recording so far. Because we were really innovative in the studio and had many open questions in a recording situation... Joe was really cool guy and open to all the crazy ideas." [www.metalfromfinland.com] Isis "Working with Joe Barresi was great... It's the one record that I can listen to now and say that it's the best we've ever done. The other records, I wasn't disappointed, but I did think that we could have done this or that better, but when I listen to Wavering Radiant, even a year later, I still think it's the best record we've ever made." [www.signalmag.com]